Hydrocodone-acetaminophen, a prescription painkiller known by such brand names as Vicodin, Norco and Lortab, was dispensed 1.2 million times to Medicare patients in Georgia in 2012, according to a new examination of federal records.

ProPublica.org, the investigative journalism website, analyzed more than a billion prescriptions covered by Medicare nationwide in 2012, tracking the most common prescriptions and the physicians who wrote them. Other million-selling medications in Georgia were the high-blood pressure drug Norvasc (amlodipine besylate, ranked No. 2) and the cholesterol drug Zocor (simvastatin, No. 3), ProPublica found. 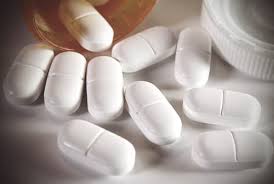 SECONDARY // January 15, 2013 Marietta – Pam Marquess, PharmD, fills a prescription at East Marietta Drugs in Marietta on Tuesday, Jan. 15, 2013. Cobb County is joining several GA counties in offering a discount prescription drug card to all county residents. The program is through a company called Coast2Coast Rx, and for every prescription filled using the card, the county gets $1.25 kick back from the company. It may seem like a great deal, but local pharmacists say these “pharmaceutical benefit managers” a part of a massive unregulated industry that’s leading consumers to certain drug companies and ripping off counties with tiny rebates.

But prescriptions for the hydrocodone “combination” drug that contains acetaminophen were filled 200,000 more times than Zocor or Norvasc, making the No. 1 Medicare prescription by far.

Hydrocodone is part of a class of narcotics called opioids, which are habit-forming, dangerous and subject to abuse. (Morphine, heroin, methadone and oxycodone are all opioids).

“I think it’s fair to say that opioids have been prescribed in a less than discriminating fashion in the past 10 to 12 years,” said Dr. P. Tennent Slack, a Gainesville anesthesiologist and pain specialist who is helping lead a campaign to cut down on prescription drug abuse in the state.

“If all these additional opioids were needed, shouldn’t we be seeing much greater patient satisfaction? Many more people saying, ‘My pain is much better?’” said Slack. “As far as I know, there’s no data that shows that.”

Slack is part of a wave of physicians across the country who are trying to stem the overprescribing of narcotic painkillers. And in that fight they have a new weapon: the federal government’s decision this fall to reclassify hydrocodone combination drugs as Schedule II controlled substances, rather than Schedule III.

The change means that doctors cannot call in or fax a hydrocodone prescription to the pharmacy; a hard-copy prescription is now required. Nor can doctors authorize refills of these prescriptions over the phone.

Slack said the loss of those “convenience” factors will contribute to a reduction in hydrocodone prescriptions, and the reclassification to Schedule II will cause many primary care doctors to think twice before prescribing opioids. The campaign he’s helping to lead, which is funded by the Medical Association of Georgia Foundation, is called “Think About It: Prevent Rx Drug Abuse.”

Back in 2012, however (the latest year of the ProPublica analysis), hydrocodone was still king.

The No. 1 prescriber of hydrocodone-acetaminophen in the state was a Columbus pain physician who wrote 3,879 prescriptions for the drug, according to ProPublica’s Medicare data. Medicare, which covers people older than 65 and the disabled, pays for more than one in every four prescriptions in the nation.

Most of the top hydrocodone prescribers in the state were not in metro Atlanta, the news organization found. Only one Atlanta-area doctor — a family physician in Tucker — made the top 10 prescribers with 3,336 prescriptions.

The website found that the prescriber data can sometimes be misleading. “A pain specialist in Athens, Ga., was the third-highest prescriber of Schedule II drugs in the country in 2012, with more than 10,000 prescriptions,” ProPublica said. “But unlike many states, Georgia does not allow nurse practitioners and physician assistants to write prescriptions for these controlled substances on their own, requiring them to be signed by a physician. As a result, (the doctor) said he was credited with the prescribing of four other professionals in his practice.”

U.S. consumers account for nearly 100 percent of worldwide sales of hydrocodone and 81 percent of oxycodone, another opioid. Deaths by unintentional overdose from opioids quadrupled from 1999 to 2014, according to the National Institute on Drug Abuse, which estimates that 2.1 million Americans suffer from substance-use disorders related to prescription opioids.

The institute’s figures show that opioid prescriptions in the U.S. increased from 76 million in 1991 to 217 million in 2013.

The story you’re reading is premium content from The Atlanta Journal-Constitution. Subscribers get total access to all our in-depth news, digital editions and exclusive premium content. You can now also buy a 24-hour digital pass or 7-day digital pass.